What Are the Best Reasons to Admire Someone? 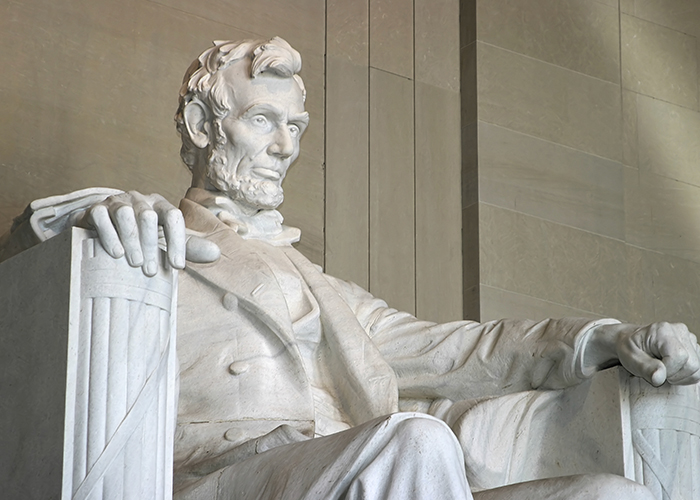 We are often asked to name the people we admire most. But do you ever think about who we should admire?

Over the course of my life, I’ve learned that people from all walks of life can inspire us.

They might be world leaders, entrepreneurs, teachers or store clerks. Next-door neighbors or family members.

But it isn’t the money they have or how famous they are. Instead, I appreciate the example they set by word and deed. Here are some of the qualities I respect the most, from those I admire the most.

Someone Who Has a Passion for Something

Over half a century ago, President John F. Kennedy inspired an entire generation to embrace education and science. He did so by challenging our country to land humans on the moon, and return them safely to earth, within a decade.

Kennedy brought out the best in all Americans as he rallied Congress around an audacious goal that most thought was impossible. The Apollo program enlisted thousands of scientists, engineers and designers, culminating on that memorable day when Neil Armstrong took those first historic steps.

Someone Who Is Ethical

How a person treats others says much more about their character than any job title or trophy case ever could.

When Nelson Mandela became the president of South Africa, I was deeply moved by his commitment to forgiveness.

As a young man he was arrested and went on to spend 27 years in prison for his efforts to end the repressive apartheid regime. But upon accepting the presidency he cultivated relationships with many of the same people who had prosecuted him.

By treating his former opponents with kindness instead of vengeance, Mandela brought healing to his nation and set a powerful example for the rest of us. People around the world still admire his message that “forgiveness liberates the soul, it removes fear.”

Someone Who Loves the Blessings They Received

As a young person, I was honored to serve in the U.S. Navy off the coast of Vietnam.

Over the years I’ve developed an abiding respect for my fellow veterans and current members of our armed forces. These selfless men and women put their lives on the line to protect and defend our great country.

It’s so important for all of us to show gratitude for their service in every way we can, from General George Washington during the American Revolution all the way to more recent conflicts. The Father of Our Country had a remarkable ability to bring people together around a shared sense of purpose.

His Continental Army faced many obstacles. They were cold and hungry. Many of them didn’t even have a pair of shoes.

But General Washington showed his own gratitude by making sure all of his troops knew that their efforts mattered. He was willing to endure the same overwhelming conditions that they faced. He provided food, clothing and shelter. Above all, he kept them motivated and unified through it all.

And thanks to the sacrifices of those first dedicated patriots, Americans from all walks of life continue to give thanks for the blessings we enjoy to this day.

Someone Who Will Tell You the Brutal Truth

We all say we value honesty in a person. But sometimes that means telling us what we need to hear, instead of what we want to hear.

When Rosa Parks took her seat on that Montgomery bus in 1955, her quiet act of resistance spoke volumes about the unfairness of segregation. She later recalled that “People always say that I didn’t give up my seat because I was tired, but that isn’t true…the only tired I was, was tired of giving in.”

During the Civil War, President Lincoln made it a point to appoint former political rivals to his cabinet. These included Secretary of State William H. Seward, Secretary of the Treasury Salmon P. Chase and Attorney General Edward Bates. Lincoln explained that these were America’s most brillliant minds, and that he needed access to a wide range of intelligent opinions to inform his own decisions.

If you’ve never done so, I encourage you to reflect, not only on the people you admire, but what it is about them that inspires you.

What lessons can you learn from their example? And how can you apply those lessons to your own life? Doing so can make a tremendous difference in your own effectiveness as a leader, friend and family member. Both you and those close to you will be better off for it.