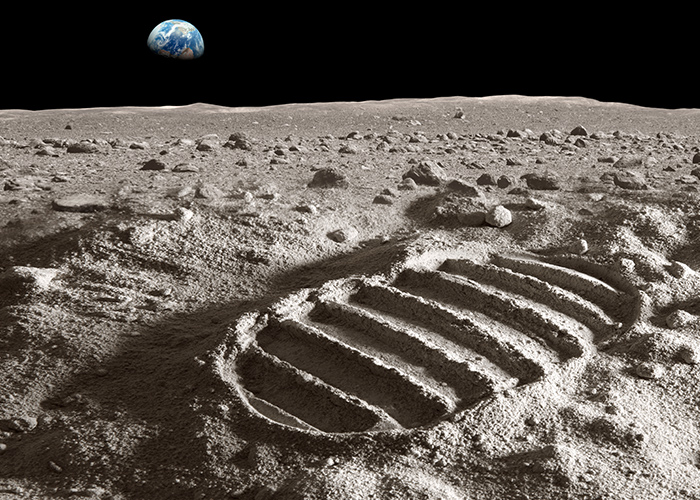 Neil Armstrong noticed something in the final minutes before the Apollo 11 moon landing.

The intended landing site was at the center of a large crater, pockmarked with rugged terrain and huge boulders.

With fuel running dangerously low, Armstrong gently guided the Eagle to a safer landing site, quickly averting a potentially catastrophic disaster. NASA has released a simulated video of what Armstrong saw during those pivotal moments.

From President John F. Kennedy’s unwavering fortitude, to Armstrong’s steady hand in one of the most harrowing situations in human history, America’s mission to the moon 50 years ago still offers many leadership lessons for all of us.

Some people scoffed when Kennedy stood before Congress in 1961 and challenged America to send humans to the moon by 1969.

After all, weren’t we behind in the space race? How could we possibly hope to achieve what Kennedy was proposing?

It’s often said that leaders need a compelling vision, along with clear objectives for achieving that vision.

JFK understood that. He also understood another necessity: that of taking risks.

After Kennedy gave our country this improbable task, investment in NASA doubled. More young people sought careers in science and engineering. Innovations appeared that would power us to the moon and revolutionize our daily lives.

On top of that, a country facing turbulent times suddenly believed in itself again. Sometimes challenging people to do more than they think they can is the best motivator of all.

Neil Armstrong and Buzz Aldrin had very different personalities. They were not close friends. Perhaps that’s why they made history together.

And Michael Collins, who orbited the moon in solitude, so that all three astronauts could return home safely. Someone willing to excel behind the scenes and let others have the limelight.

And the hundreds of thousands of men and women, whose names we will never hear, who contributed their own talents to the Apollo project.

Be Ready to Improvise

The Eagle had less than 30 seconds of fuel remaining when Armstrong landed her safely.

Just like the Apollo 11 astronauts, great leaders display grace under pressure. They move swiftly to Plan B, Plan C or beyond when the unexpected happens.

As when Armstrong found that safer landing site. Or when the astronauts used a pen to power the engine after a switch broke.

Learn from Mistakes — and Keep Moving

Three astronauts lost their lives in 1967 when their Apollo 1 command module caught fire on the launch pad.

After such a tragic loss, it might have been tempting to give up on the Moonshot. But America chose to persist.

Great leaders never stop learning. That’s because mistakes are the seeds of growth.

The Apollo 1 failure forced NASA to reexamine a long list of critical issues, root out complacency and pay greater attention to safety. Subsequent investigations yielded numerous improvements that contributed to the success of Apollo 11.

Even 50 years later, I still marvel at how Apollo 11 unified Americans in a way that few things have since World War II.

It still inspires us to dream big and lead boldly.

What lessons do you draw from Apollo 11? How can it guide leaders today?

And what challenge are you willing to seek out — because it’s hard?